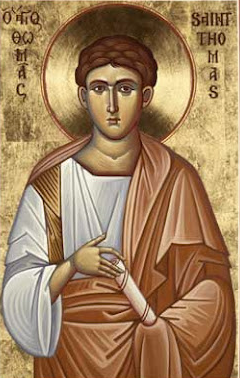 Already in the Quran God forbade pious muslims to drink alcohol, but the following two maps prove that this is not only a prohibition in theory, but instead far most of the muslims in the whole wide world also in fact usually don’t drink alcohol.

Map 1: Alcohol consumption by country in liters of pure alcohol per capita (2008), according to WHO:

Map 2: Muslims per Country in Percent of the Population:

The predominant muslim countries (shown in green or even darker in map 2) are those with no or almost no consumption of alcohol (shown white in map 1). (Kasakhstan seems to be an exception (green in map 2 and light blue in map 1), but it isn’t one, because first for decades it was a part of the former Soviet Union characterized by predominant atheism and secondly 26% of it's population are Christians, who probably consume most of the alcohol in Kasakhstan.[3])

Throughout the world 3 million people a year die of alcohol consumption!!![4] Since a quarter of all humans are muslims[5] (who usually don’t drink alcohol as maps 1 and 2 proof) these 3 million deaths occur almost exclusively to non-muslims, who account for about three quarters of the population of the world.

During the last 50 years islamic faith in this way has saved about 38 million people from death by alcolhol !!! (Take into account, that 50 years ago the population of the world was only half as big as today.)

Three quarters of the 3 million people who die of alcohol per year are male[8] about 2.25 million males. Vice versa this means that about 750,000 females die from alcohol every year. Therefore about 9.5 million females have been saved from death by alcohol during the last 50 years - a quarter of the 38 millions saved by islam from death by alcolhol during this time. Since in fact it is not true that islam is exclusively useful for males!!!

But in this way Islam has not saved human lives just during the last 50 years, but for about 1,400 years, since the times of Mohammed (who died in 632 AC[9].) So Islam saved not just 38 million human lives but a multitude of this number!!!

Therefore it does not seem o.k. to me to believe, that God has turned only to the Christians and Jews, granting to them (for example) the Old Testament and the New Testament, which for example led Evangelicals to initiate the global interdiction of slavery. Instead I believe that God turned also to the male and female Muslims, saving them from alcohol and thereby improving their lives already a lot in this world, giving a taste of his love and his will to improve their lives in this world now as in the other world later. Therefore it seems good and true to me when the Quran reads: „…Praise be to God, Lord of the Worlds. The Most Gracious, The Most Merciful…“ (The Quran, Chapter 1, Verses 2-3.[10]). To me it seems He has shown his great mercy indeed also to the Muslims. – Regarding the question if, concerning the topic of alcohol, Muhammed was a legitimate prophet, it also appears to me to be helpful, what Jesus said about how to distinguish false (and implicitly also true) prophets: „Ye shall know them by their fruits“ (King James Bible online; Matthew; Chapter 7; Verse 16[11]). To save the lives of 1 million people a year to me really seems to be a good fruit.

[10] Quoted from the Quran according to URL: https://www.clearquran.com/001.html;